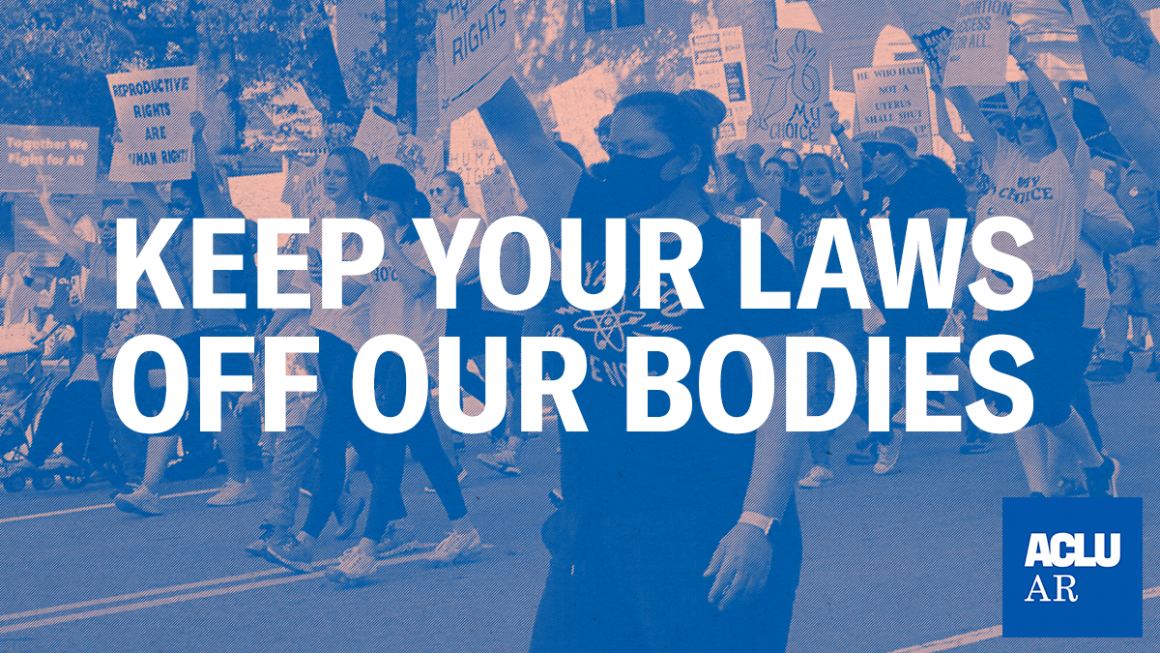 The ACLU protects everyone's right to make informed decisions free from government interference about whether and when to become a parent.

In 2021, some Arkansas politicians launched yet another attack against our basic rights.  The Texas state legislature stripped the right to abortion away from millions of people by passing SB8, and some politicians tried to replicate the bill here in Arkansas. SB8 copycat legislation would've banned abortion after just six weeks -- long before many people even know they're pregnant. Combined with the state-imposed 72-hour waiting period, this bill would've made it almost impossible to get an abortion in Arkansas. Their goal is clear: Forcing pregnant Arkansans to carry pregnancies against their will.

With your help we stopped this bill and kept it off the special session agenda!

We've already seen the devastating impacts SB8 has had in Texas. Thousands have been forced to travel hundreds of miles to access the reproductive care they need, and countless others are being forced to carry pregnancies against their will.

We know some Arkansas politicians will try again to pass anti-abortion, copycat legislation again this session.

We cannot let this become our new reality in Arkansas. Everyone should have a right to make personal decisions without political interference.

Check out the facts below to learn more about the dangerous impact anti- abortion legislation could have on our state.

Extremist Politicians and Special Interest Groups Are Trying to...

Six Ways You Can Join the Fight for Abortion Rights

What to Know About the Leaked Supreme Court Abortion Draft Opinion,...

Arkansans Abortion Rights are Under Attack.

Abortion Access is at Stake, But We Will Do Everything We Can to...